Most donors gave online.  Checks also were counted in the total if received at one of the five giving sites or if mailed by Giving Day May 4.  Donations came from 17 states spanning from New York City to Honolulu, Hawaii.

Topping the leaderboard was the North Platte Catholic School Endowment Trust with $69,716.  “We need a new air conditioning unit in the McGahan Activities Center – the main activities gym.  This has been on our wish list for many years and we decided Giving Day was the perfect opportunity to get the ball rolling," said Wendy Dodson, executive director of North Platte Catholic Schools Endowment Trust.

Almost $60,000 in matching funds were raised as donors stretched their dollars with donations to nonprofits that had pledged matching funds.

51 cash prizes were won by nonprofits based on donations made by check or made online during various time periods.  Each cash prizes ranged from $200 to $1000.  Cash prizes and generous sponsors can be seen at NorthPlatteGiving.org on the Prize Leaderboard.

100% of each Giving Day donation goes to donor-selected nonprofits.  Mid-Nebraska Community Foundation along with an anonymous donor cover all donation processing costs. 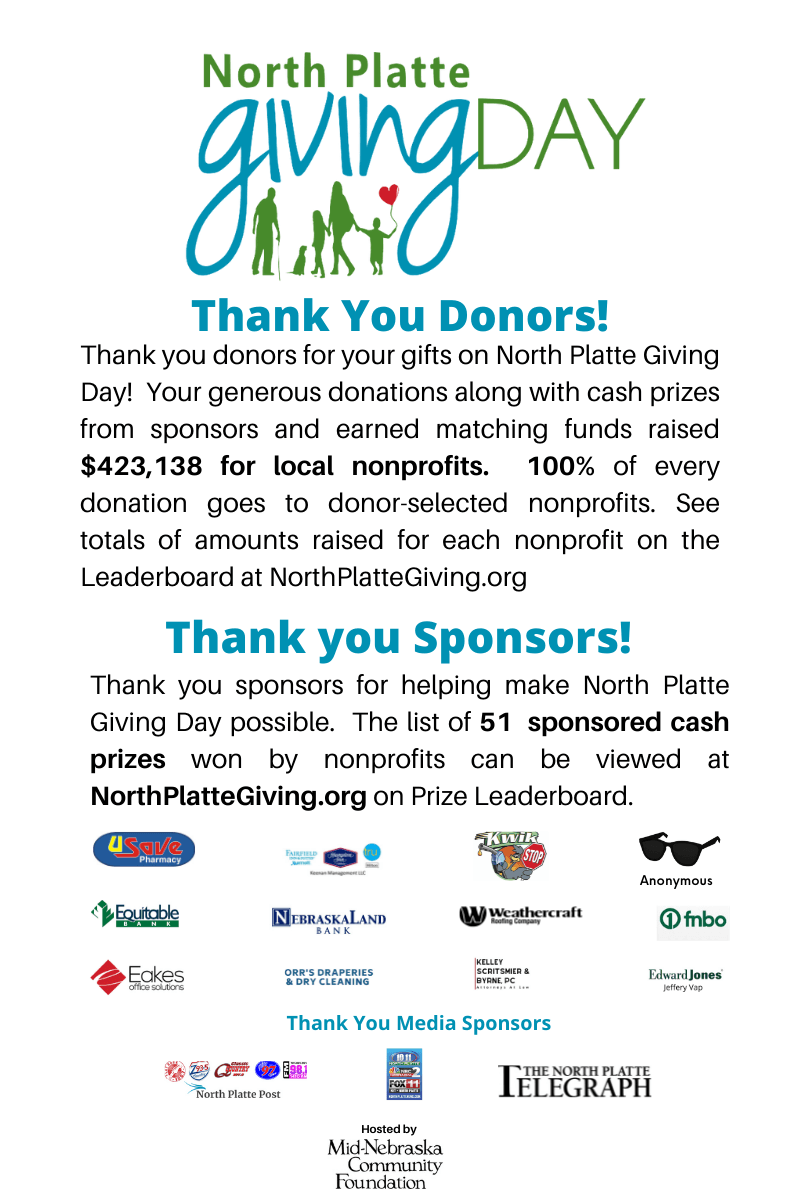